Mr Maciaszek was born in Warsaw, Poland in 1925. As a 19-year-old, he fought with the KA (the Polish Home Army) in the Warsaw Uprising to attempt to liberate Warsaw from German occupation. The doomed uprising was hard fought and continued for 63 days with very little outside support. 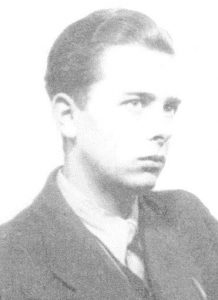 Following the suppression of the uprising Mr Maciaszek was taken to a Prisoner of War Camp. At the camp he championed for better conditions for himself and his fellow prisoners telling the Red Cross Commission that “it was bitterly cold, they kept us in tents with holes in and the food was bad” His forthrightness saw him punished by camp authorities and he grew very weak. However, he managed to escape the camp and then joined the Allied forces, firstly as part of the First Polish Armoured Division and then when this was demobilised he joined the British Army on the Rhine where he became a Platoon Commander and Training Officer of the Desert Rats Regiment.

While based in the British zone of occupied Germany, Mr Maciaszek met and married his German sweetheart Waltraud Pientka. In 1951 the young couple arrived in New Zealand and initially stayed at the Pahīatua Camp in Waiarapa before relocating to Christchurch. Unafraid of hard work and long hours, Mr Maciaszek completed a law degree whilst working in full time employment. In 1958 Mr Maciaszek became a father to Peter.

In 1968 he was admitted to the Bar as a barrister and solicitor and in 1970 he purchased the practice of Alf Geddes. The firm became known as Geddes and Maciaszek. 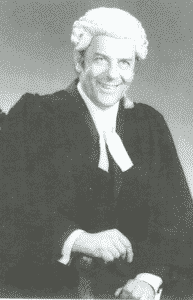 Mr Maciaszek was known for his lengthy letters which often yielded great results – see here a letter he wrote to Inland Revenue proving his linguistic ability and Inland Revenue’s sense of humour.

Mr Maciaszek retired in 2002 having had a full and varied legal practice. He was passionate about his clients and getting the best result for them. In his retirement years he continued providing assistance to those in need. Mr Maciaszek passed away on 6 May 2012 and is fondly remembered and greatly missed by us.